used 2019 Gibson SG Tribute with bag: $850 - Buy in the store or over the phone - Free Delivery Available

used 2017 Gibson Les Paul Studio Faded T with bag: $850 - Purchase in the store or over the phone - Free Delivery Available 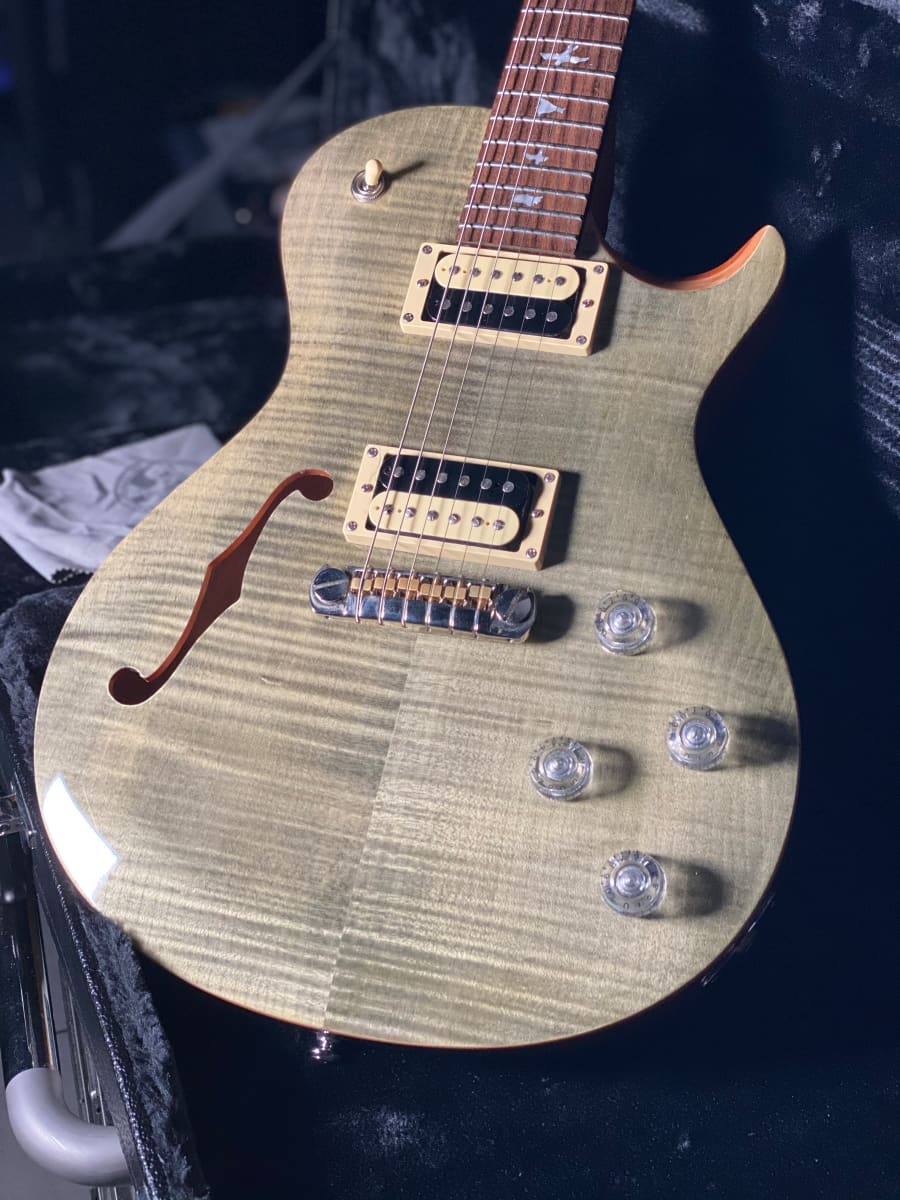 Zach Myers from Shinedown worked closely with PRS to create his signature model electric guitar, and the result is a gorgeous Singlecut with resonant, semi-hollowbody tone. The mahogany body sports a lone f-hole, providing a rich, woody foundation for the flame maple veneer top. The headstock has been redesigned to now sport Paul Reed Smith's signature, adding an extra "cool" factor. Individual tone and volume controls for the dual SE 245 humbucking pickups let you fine-tune your tone for everything from smooth rhythms to the hard rock and searing leads Myers is known for. Take it from Sweetwater, the SE Zach Myers has gorgeous looks and wicked tone.

Vintage-style tone from a pair of SE 245 humbucking pickups

The PRS SE 245 is fitted with two PRS-designed SE 245 humbucking pickups. Based around great vintage humbuckers, these pickups are clear and punchy. Sweetwater guitarists immediately noticed the ability of these pickups to conjure mellow chords one minute and punch the front of an amplifier for high-gain tones while maintaining attack and clarity the next. And the mahogany body ensures these pickups deliver the full low-mid tone that fattens all of your single-note playing for singing sustain.

The Paul Reed Smith SE Zach Myers semi-hollowbody electric guitar sets itself apart from many of PRS's other instruments with its thinline construction. By using this popular construction technique, PRS and Myers have created an instrument that sings with the sustain and feedback resistant-nature of a solidbody, while imbuing its tone with extra air and sweetness. Not to mention, this also makes the PRS SE Zach Myers a much lighter instrument for those marathon gigs.

You'll find a Paul Reed Smith Wide Fat neck profile gracing Zach Myers's signature SE semi-hollowbody electric guitar. This neck carve feels substantial in your hand, much like a vintage, dual-humbucking electric guitar. It is extremely comfortable for chording, and adds sustain and thickness to your guitar's tone. Capping the neck is a warm-sounding rosewood fretboard that is adorned with Paul Reed Smith's instantly identifiable birds in flight inlay. 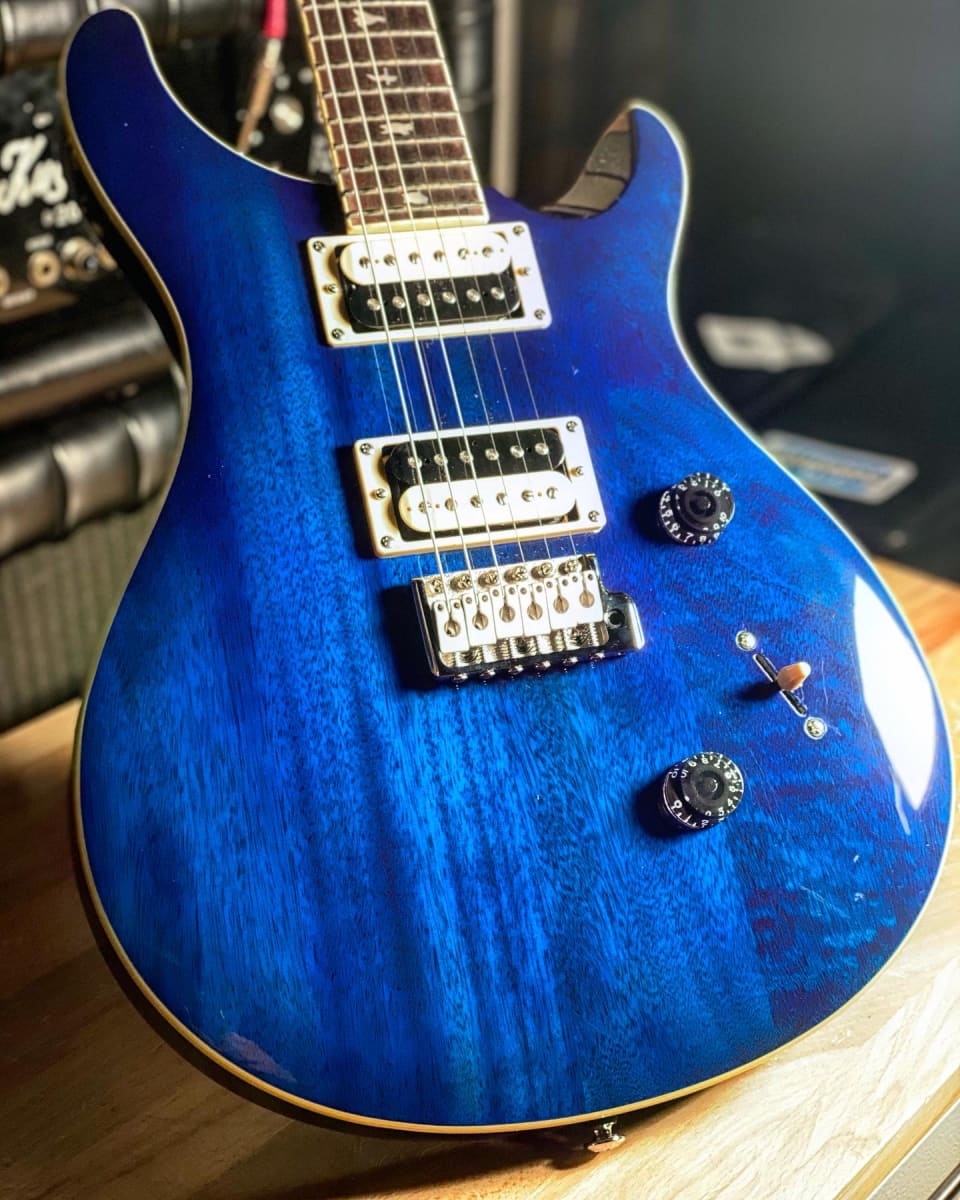 PRS SE Standard 24s have been favorites for years, thanks to their focused tone, straightforward aesthetics, and top-tier quality. This SE Standard 24 wraps all of that into an attractive instrument that plays as good as it looks. The guitar's all-mahogany body sings with articulation and warmth that will bring to mind some legendary vintage rock tones. Those tones emanate from a set of PRS 85/15 "S" humbucking pickups with coil-splitting capabilities. Add in the wide-thin neck profile, PRS tremolo, and iconic birds-in-flight inlay, and you have a fantastic instrument that is unmistakably PRS. Tech Specs